The Furoma Rift is the 4th Rift location in Mousehunt. Hunters need to be at the Grand Duke/Duchess rank or above to enter. Like the previous rift locations, you must possess the Rift Detector to get in, which basically means you can enter as soon as you get this to enter the Gnawnia Rift. Don’t do this though. You need very strong hunting equipment here, so please take your time and make sure that, at the very least, you have the Focused Crystal Laser from the Burroughs Rift.

The FR is actually fairly small rift location, comprising only 17 mice. What makes it seem larger than other locations though is the amount of work you need to do to “complete” the area. There are two “locations” here. Inside the pagoda, and outside the pagoda. Outside, you’re limited to catching only a handful of rift mice and collecting enerchi, which powers your batteries for your hunting droid. See, you the hunter cannot enter the pagoda. You have to send in your droid with your trap to do all the hunting. The droid is powered by batteries, and the more batteries that power him, the stronger he is. So let’s get started.

You’re here. Arm your strongest rift trap (probably the FCL). As for base and charm? I would still side with the Fissure Base and the rift vacuum charm to get the

full advantage of the rift bonuses. If you have the minotaur base, that would work too since it’s so strong, especially if you combine it with a strong, multi-purpose charm like ancient, super cactus or spore. Either way is fine, it just depends on what you’ve already done. Make sure you’re using rift cheese. I like to stick to brie string since it’s relatively cheap compared to string maki or magical string.

Sound your horn. Catch mice. For the first trip, you need to fill up battery #1 with 20 enerchi. It won’t take too long. Keep hunting.

You have 20 enerchi. Your battery is charged. You enter the pagoda. At battery level 1, your droid provides your trap setup with an additional 90 power. Not a whole lot, but every little bit helps, right? Catching mice at this level will decrease your enerchi by 1. Failing to catch/attract will use 2 enerchi. Being pillaged by a mouse will use FOUR enerchi. Your goal for this first time? Catch 2 Rift Student mice so you can loot 2 battery fragments.

Just like in the regular version of Furoma, there is a way to attract more students than other, “regular” mice. Using Maki String will greatly increase your chance to attract a student. This cheese can be crafted with magic essence, purchased from the marketplace, or bought with real money in a Furoma Rift Donation Kit.

Once you have your 2 battery fragments, either leave the pagoda or keep hunting until your enerchi is depleted. If you for some reason did not manage to loot two battery fragments, repeat these steps and try again. Take your two battery fragments, purchase a tiny platinum bar from the general store, and then find the location on the HUD for the second battery, and repair it. Now continue to farm enerchi to fill up both – you need 65 now.

Subsequent trips into the Pagoda

As you continue to hunt and collect battery fragments, you’ll be able to repair subsequent batteries. Each battery provides additional power and luck to your trap setup, and each one takes more and more resources to rebuild.

Take a look at the following table from the MH Wiki.

As you can see, each battery takes more and more resources to build, but it provides substantial power and luck bonuses. It also takes A LOT of enerchi to fill these batteries.

The first several batteries are pretty straight forward. You may be tempted to try to craft the master cheeses and beyond, but my advice is to wait to do this until you’re at least at battery #4.

Once you repair the 4th battery, you can start thinking about hunting masters of each discipline. Just like the real-world counterpart, there are 3 disciplines and thus 3 masters you must catch – so why are there 4 cheeses to craft?!?

Honestly, I have no idea. Not sure what the purpose is. There is Rift Combat, Rift Susheese, Rift Glutter, and then the new one, Master Fusion. Master Fusion acts as a wild card cheese, potentially attracting ALL of the 3 masters instead of one specific master. But since you need specific loot drops for future cheeses, I don’t see what the point is of making this cheese. That being said, you do need to craft at least one batch to complete the entry in your Adventure Book, so there is that. But beyond checking off that box, you can safely ignore the Master Fusion cheese.

Similar to the real world Furoma location, 3 tokens from the students will create a batch of master cheese, combined with Rift Curds. Magic Essence can be added to increase your yield even further (surprise surprise). If you have the magic essence to spare, it would be a good investment. Each recipe is available on your HUD (heads up display) in the game, so you know exactly what you need in order to craft each recipe. Get to crafting and build up a supply! If you run out of enerchi, recharge and do it again! Keep building supplies until you have 20 or so of each master cheese.

Now that you have a decent amount of cheese to hunt masters, make sure your batteries are fully charged (again, battery 4 minimum, probably battery 5 honestly) and let’s get going! You’ll want to use your strongest rift trap, your strongest base and a very solid charm like an ancient charm. Hunting masters is tough at this level and the riftwalker bonus isn’t really that sufficient compared to other setups that offer you the same luck but more power.

Sound your horn. Catch some masters. They drop heirlooms specific to their discipline. You will need LOTS of these. But make sure you have at least 6 of each one before moving on. This might require you to repeat these steps. Keep at it. This area can be tough.

Getting the new bases

So I hear you asking: “Matt!! How do we get such fabulous bases??”

Both are purchased and not crafted, but still require supplies. The Enerchi Base requires 2,399,000 Gold, 1 Rift Circuitry, 1 Chi Claw Heirloom, 1 Chi Fang Heirloom and 1 Chi Belt Heirloom. “MATT!! What are those?!?”

The Heirlooms are loot drops from hunting the masters inside the pagoda. This really should be one of your primary goals. Getting the second one though, is going to be tougher.

At first glance, it doesn’t appear to be hard. It’s only 351k gold and 1 rift circuitry and, what is this? 1 rift blossom branch? What is that??!??!?!? This is what you get when you catch a Supreme Sensei. This mouse is the toughest mouse to catch in the Pagoda, even harder than the Ascended Elder (more on him later). 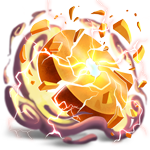 To catch him, you need to craft Null Onyx Gorgonzola. Other than basic store bought ingredients, you need 3 Null Onyx Stones to craft 2 (or 3) pieces, which means you need to catch 3 Grand Master of the Dojo mice, which require Rift Rumble (of course)! Which means, you need more heirlooms from the masters to create this.

Are you lost yet? LOL…I know I am!

Look at your HUD, whether you are in the app or on the browser. It gives the recipe for each cheese. You need to stockpile all of them…and I would wait to go after the Grand Master until you are at battery 7. Like any of these mice, he can be caught sooner, but 7 will give you a much better chance. I think I caught him at battery 6 but I struggled mightily.

Keep sounding your horn and building up, collecting battery fragments. Eventually, you will catch the Supreme Sensei, who will drop the Rift Blossom Branch. Now you can purchase the Attuned version of the base, which rapidly increases your ability to collect battery fragments.

Yes, that is ACRONYM backwards, or MYNORCA. Yes, the devs really are running out of ideas. LOL… 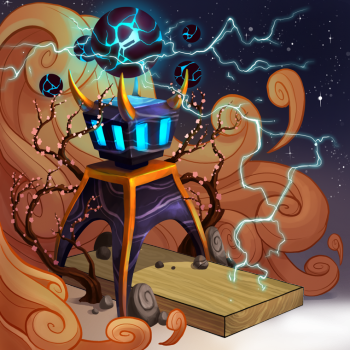 Some guides and people will tell you to get this base first. I disagree. I think the bases should be your primary concern because of the ability to collect more enerchi and more battery fragments. But once you have those bases, you’ll want to focus on getting the MYNORCA, because it is the best Rift Trap in the game (as of this writing at least). You won’t have to worry anymore about switching back and forth between the MCL and FCL – just arm the MYNO and forget about it.

You will also need another Rift Blossom Branch from the Sensei (you know how to catch him) and 8 Null Onyx Stones from the Grand Master of the Dojo, as well as 20 Rift Circuitry. Not necessarily an easy task but it’s doable and more than worth it.

Once you have this trap, continue the same steps. Hunt, hunt, and hunt some more. Refill batteries. Hunt more. It’s a very, VERY tedious cycle. It’s boring, it’s dull. It’s horrible really. But if you want to catch the Elder, I would not recommend going after him until battery #8 at least. Once you catch the Elder, it’s up to you what you want to do here. Silver Crown the mice here? Keep hunting to repair every battery? It’s your world boss.

This area is an incredible snooze fest and began to show the cracks in the game, if you want my honest opinion. The battle for obtaining enerchi is insanely boring, especially if you have all 10 batteries repaired. The batteries at the high level drain incredibly fast, and it makes me want to avoid this place at all cost. It’s just not fun. Hunting here feels like a job. But little did I know that what was in store for hunters later in the year in 2016 would make the Furoma Rift look like a successful release by comparison.